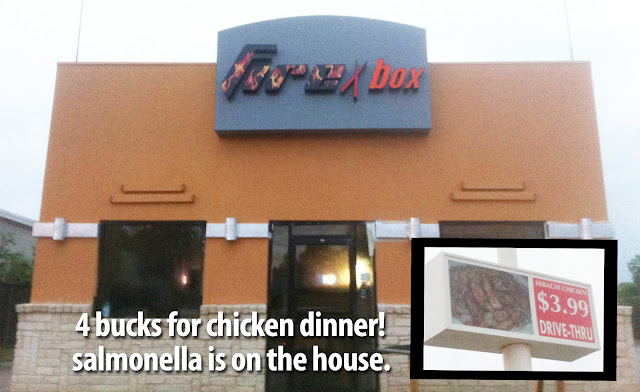 Let's get one thing straight from the get-go: I am a fan of local businesses. I proudly support them, especially restaurants and places within walking distance (check and check for this place). BUT, I just don't know what to make of the sushi/hibachi restaurant that is moving into the former Grill and Deli Spot. Local runner and reporter Christina Hughes Babb is equally confused. Is it called Fire (mini chopsticks in the middle) Box or Firexbox? "Just My Type" doesn't address any of the mess we see in the sign. I eagerly await whateveritiscalled opening. I will give it a shot even if I may need a tetanus shot afterward.

Does anyone ever feel 100 percent comfortable saying they know the official name of the live music venue pictured above. At last check, I will be enjoying several awesome acts performing at KXT Summer Cut at Gexa Energy Pavilion tonight. The very last time I attended a concert there (James Taylor in 1997), it was called Coca-Cola Starplex Amphitheatre. Some years later, I believe it was rechristened Smirnoff Music Center and then Mr. Sparkle Splendid Home of Songs before becoming Gexa. Forgive me for sounding like Andy Rooney, but I'll continue to call it Starplex, thank you very much.


I spent Monday morning volunteering at the Patriot Half Marathon in Rockwall. That city sure has grown. I remember way back when (yes, yes, Andy Rooney voice again) when the only reason my family went to Rockwall was to shop at Wal-Mart — y'know, back when the stores didn't cover every corner of Dallas-Fort Worth. Truthfully, present-day Rockwall looks more like Frisco in spots.

I had an excellent time helping out as a course monitor and cheering on the runners. I even got a good workout chasing after cups and picking up used chill towels. I must have looked like a deranged, overgrown Wimbledon ball boy trying to do so in between waves of passing runners. 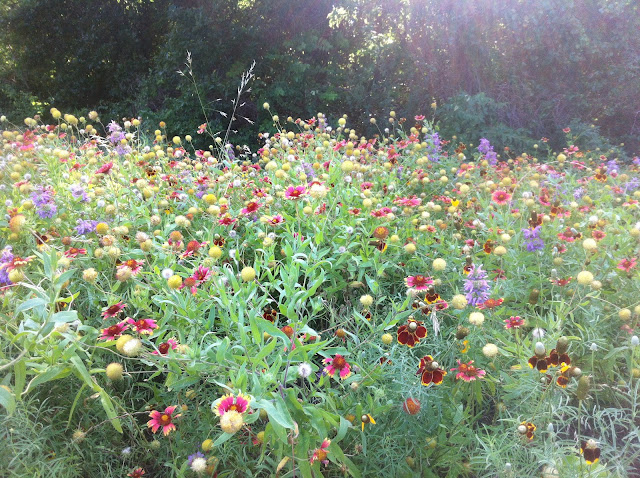 Last year, the city of Dallas decided it would no longer mow the majority of the "park" across from my house. Roughly 70 percent of the year this land looks awful. Sure does look lovely right now. 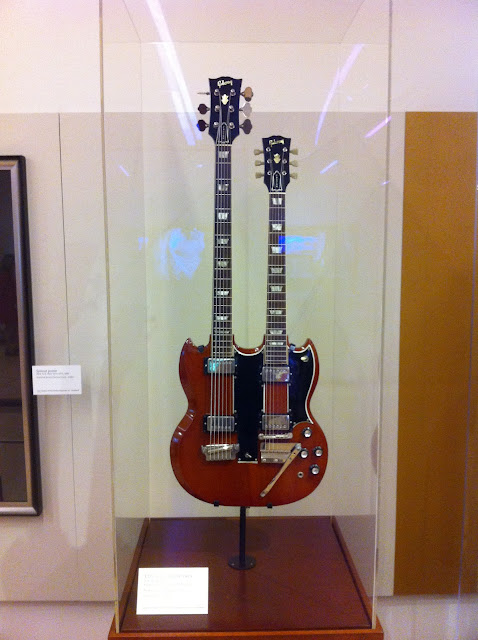 If you're ever in Phoenix, check out the Musical Instrument Museum. A hands-on section (you can play a friggin' theremin!) and tons of odd and famous instruments from every country and culture fill this impressive building. In order to really appreciate everything the MIM has to offer, it would probably take three trips.

That awesome double-neck axe above is Elvis Presley's ultra-rare Gibson EBS-1250. On loan from Graceland, this half-bass, half-guitar was featured in the film "Spinout" (yes, no one has seen it). Similar to the familiar 12-string guitar EB models Jimmy Page plays, this one features a six string bass. Tuned like a guitar but an octave lower, only 22 of these instruments were made; some day, I will find one that isn't hermetically sealed and play it reverently.