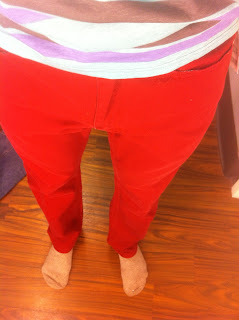 So I had high hopes I would find a new costume to wear to work on Halloween (costumes are mandatory at my office). I frequented thrift stores and discount retailers and tried to piece together some semblance of a clever or cool outfit. I failed. What you see above is an attempt to dress like a hipster — striped shirt and loud-red skinny jeans. I didn't purchase either. I ended up wearing my costume from last year: the alligator outfit I wore for a "Swamp People" group. Next year, I plan to retire the gator and come up with a great Halloween idea. Your input is welcome. 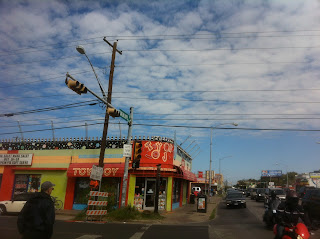 We spent last weekend in one of my favorite cities — Austin. The primary purpose of the trip was Ironman 70.3 (more on that shortly). But we also managed to hit up some of the places that make ATX so dang cool — Mellow Johnny's, Mother's Cafe, Ken's Donuts and Toy Joy, among others. It's been a dozen years since I lived in the city and a lot has changed, but it's still a special place to me. I can't imagine a day when the thought of hanging out in the capital city will lose its appeal. 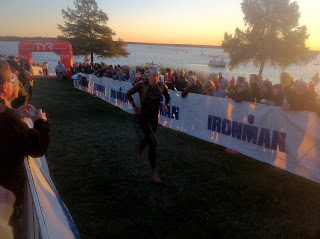 That fella right there is the one-and-only Andy Potts. He's kind of a big deal in the triathlon world that I know scant about. As cool as it was to see elite triathletes last weekend (Andy emerged from the lake in 22:34!!!), I was there to support That Pink Girl. 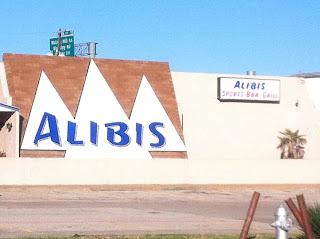 I'm not even going to lie: When I saw the new name and sign for this bar near my house, I pronounced it Al-eee-bees. Half a second later, I shook my head and realized my mistake. I will go on the record and say I will not frequent this spot on a few blocks from my home. Formerly named Three Points, you may remember it from such police reports as "Dallas police investigate shootings outside of open mic rap show in Lake Highlands area". I get that crime can (and does) happen anywhere, but it's always disturbing when it's in your backyard. 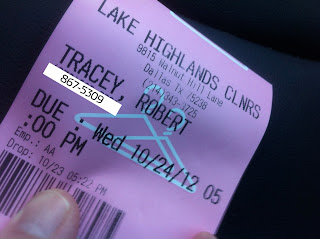 A neighborhood business I do support is the cleaners down the street, even though the folks there continue to spell my last name with an E. That's always bothered me and the entire Tracy family, including Dick and Spencer.
Posted by Robert Tracy at 12:00 AM

Please tell us you reconsidered and went back for the red britches. Christmas pants!