CATCHING UP
What I've been up to recently

Slacking. Blog-wise, I've been slacking. Six days into 2013 and I haven't posted a darn thing! Sorry about that. I thought about doing a year-in-review post and/or a 2013 goals post, but that seemed too daunting. I would never be satisfied — I'd undoubtedly leave something out ... and it would take at least until February for me to finish.

Of course, the holidays dominated a good bit of my time recently. I spent Christmas Eve and Day hanging out with my father in Tyler. My sister and I caught up with him, shared stories, found out he self-published his first book, and we looked at old photos, like this one:

My sister and I managed to safely return from East Texas during the Christmas snow/sleet nastiness. Once home, I continued the Christmas celebration with my Favorite Pink Girl. The holiday season included a most-excellent trip that she planned: Twin Lakes, Colo.

Little-known fact: Colorado is packed with MouNtAinS. Waking up each morning surrounded by such beauty was just perfect! I cannot imagine ever tiring of seeing those humbling, awesome mountains. My third time in the Centennial State was fantastic — a good bit of snow, a lovely, quaint cabin at Mt. Elbert Lodge, and fun hiking, snowshoeing, practicing amateur ichnology (a hurried rabbit's tracks are misleading). It was the best way to end one year and celebrate the New Year.

Books! I also have read a couple of books recently. The best of the bunch: 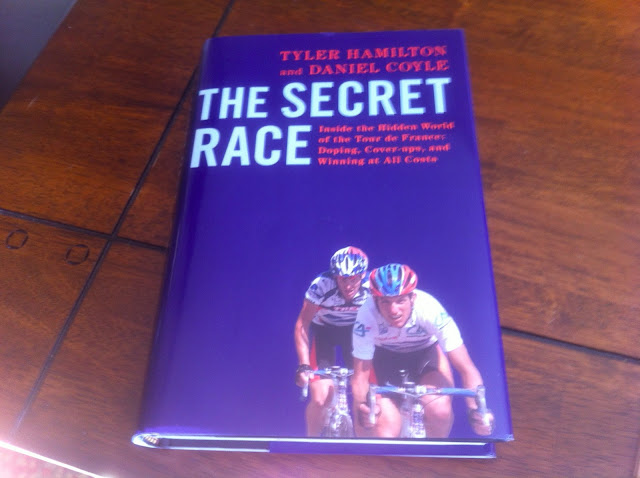 "The Secret Race," Tyler Hamilton's exposé of pro cycling's dark side. If you're interested in the latest news about Lance Armstrong (LA weighing doping confession), you should read this book. You don't even have to be a cycling fan or a rider. It's well-written (Hamilton teamed with Daniel Coyle, author of "Lance Armstrong's War") and a damning book that has every detail you could imagine and then some. It's hard to not have some sympathy for Hamilton — he felt he had to dope in order to compete. That still doesn't make it right, but I get it. We shall see how Armstrong fares if/when he confesses. MY guess is fewer people will feel sympathetic for him.

Upon returning to Texas, I fulfilled my civic duty: 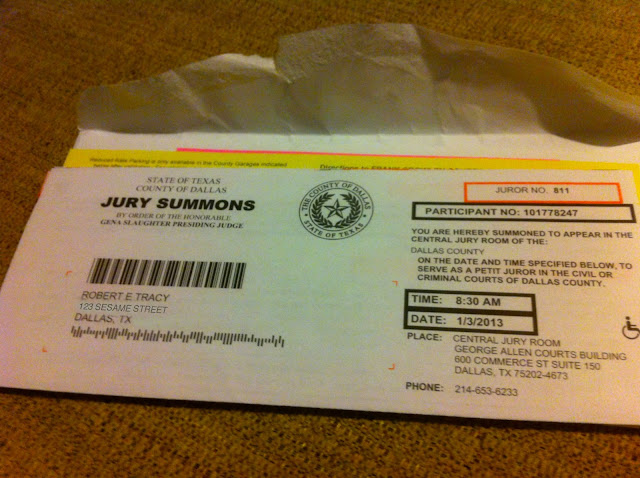 Reporting to the court was greatness. Basically I got to sit for three hours, watch a jury duty info video featuring Clarice Tinsley and Scott Sams, and read Mountain Bike and Thrasher magazines (no lie, these were among the magazines the court made available to potential jurors). Then I was told I wouldn't be a juror and I was on my merry way.

It wasn't truly frigid (40 degrees), but it was plenty cold to make running 6.2 miles pleasant. In fact, it was about 40 degrees cooler than my first 10K. The result? I ran 8 minutes faster (45:19). Shiny PR! Afterward, I cooled off and joined my sister for her very first run around the lake. Yep, the entire distance. She's run a handful of 5Ks since we ran our first together; and she regularly logs 3-mile runs. I had a great time chatting with her as she achieved a significant milestone (and enjoyed a celebratory Hypnotic Donut). Anne, let there be no doubt: You ARE a runner!

Reading about MTBs during jury duty gave me the itch to hit a local trail — Cedar Hill State Park. It's my fave because it's not too far and is rarely congested with cyclists/hikers/runners/horses. 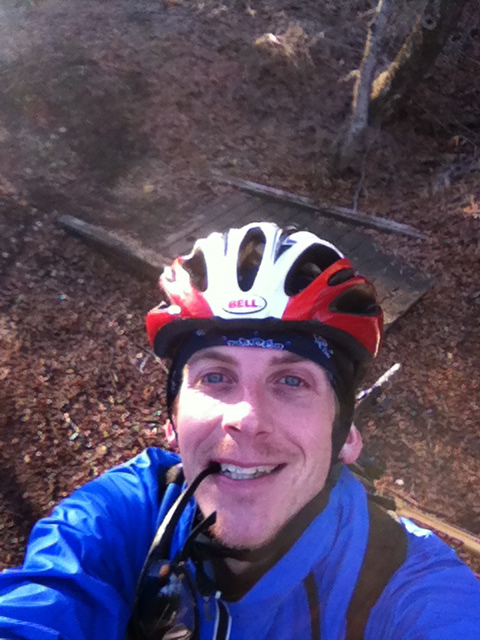 Now, I always call the park office to confirm the trail's conditions. This morning, the phone recording said "Trails are open." Guess what? They shouldn't have been: 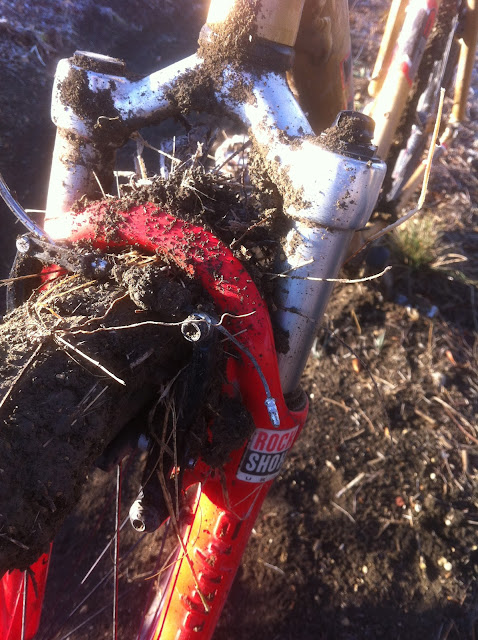 That right there is a muddy mess. Five minutes into my ride and I knew I needed to get off the trails. There hadn't been any rain recently, but the frost on the ground made the trail conditions terrible. Riding in such conditions wreaks havoc on the trail (deep grooves) and the rider. I was almost tossed off the bike when that clump of mud stopped the front tire. Deflated, I intermittently rode and walked my bike back to the trailhead where I warned another cyclist of the conditions. He was appreciative and shocked that I collected that much mud in about 3 miles of riding and walking. We both informed the park staff that the trail needed to be closed (which they did). I considered going to Big Cedar but figured its conditions might be bad, too.

So, upon my return to Dallas, I settled for a windy road ride around the lake. It was just OK; not what I was hankering. It was sorta like craving Chinese food all day only to find out the restaurant is closed and then settling for a frozen pizza. The power of positive thinking: Any day I get to ride a bike (or eat pizza) is a good day, so I am counting my blessings (of which, there are numerous). I hope your 2013 is going great, too.
Posted by Robert Tracy at 3:50 PM