Early last week, I mentioned I might be getting sick. My hunch was correct. Going against typical dude nature, I went directly to a doctor for a diagnosis. (Y'know, instead of putting it off and waiting to feel better and whining about how bad I felt.) That was wise. The doc told me I didn't have the flu, just pharyngitis. I got the prescribed meds and spent a majority of last week sleeping and trying to fight off the crud. It sucked. I was weak, bored and missed human interaction.

I spent my waking hours doing a few things — reading, posting stuff on Craigslist and watching documentaries. Watching docs like "The Ride" ("The Amazing Race" host bikes across America in 40 days) pushed me to do another thing — finally register for races I have considered/talked about/mentioned in passing.

First, for those who don't know, my first job out of college was working at the newspaper in San Angelo. I had never heard of the city and had low expectations for what I assumed would be a run-down, podunk town. Let's just say I was pleasantly surprised. The city of 95,000 is filled with cool people, distinct culture, a very nice fine art museum and abundant natural beauty. During my three years in Angelo, my favorite spot was San Angelo State Park, where I fell in love with mountain biking. In addition to 50 miles of trails (mix of singletrack and fireroads), it's home to some of the state's Official Longhorn Herd and a variety of other animals and terrains. It's been a few years since my last visit, so I am really excited to return for my first trail half marathon. I hope to see some old friends and enjoy a new experience on an old, familiar trail. 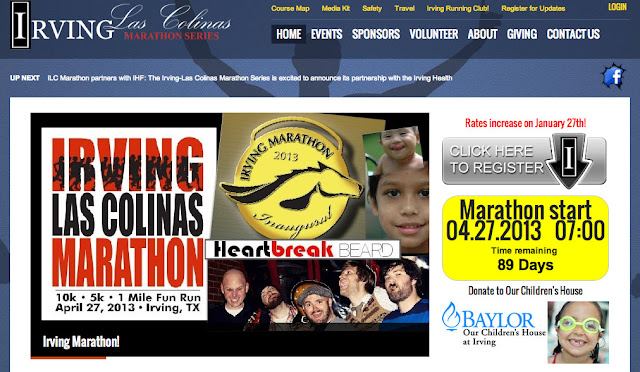 This is an inaugural event that my employer is collaborating on; when I first heard about it, I wasn't 100 percent sure I'd run. My sister, who has run several 5Ks since our first in Lovejoy, recently chose it for her first half marathon. No chance I am going to miss that moment; so, I signed up this weekend. I can't wait to see her achieve her goal. It's a flat course, so I have my eyes set on a PR.

Why would anyone want to ride his or her bike for 24 hours? That's probably something I said in the past. The answer: Because it's possible. After proving to myself that I could race 12 consecutive hours, this seems doable. It's a boss event — consecutive 24-hour road and mountain bike races. I'm opting for the solo, 24-hour competitive mountain bike race. But options abound: you can register for competitive (timed), non-competitive (untimed), solo or team for 24-hour, 12-hour and 6 hour challenges on the road or the trail. I've ridden PDC before. The trail is excellent (fun, fast, not super-tech) and the park roads are hilly, hilly, hilly.

This also represents the first time I've raised funds through racing. All the money that's raised at 24 Hours in the Canyon goes to the Don and Sybil Harrington Cancer Center to assist in patient care. Donations can be made on my 24:00 donation page. I appreciate your support!

So, that's everything that's officially on my race calendar. I still plan to take on Hotter 'N' Hell's Triple Threat Challenge this summer and I would like to run a fall marathon outside of Texas. I'm seeking a race with a flat and fast course. A cool-to-cold climate is ideal. Oh, and I'd like to go somewhere I haven't visited. Is that too much to ask for?!?! Any suggestions?

Oooh, that is a fun day when your inbox fills with confirms from active dot com! Glad you at least had the energy during The Plague to set your race schedule - and what an extraordinary race schedule it is!
You out so much thought into racing - probably why you have so much success. Well, that, and the fact that you work SO hard and train SO smartly!

Looking forward to following your training for the 24 hr challenge - I have evey confidence that you'll smash both your mileage AND your fundraising goals!