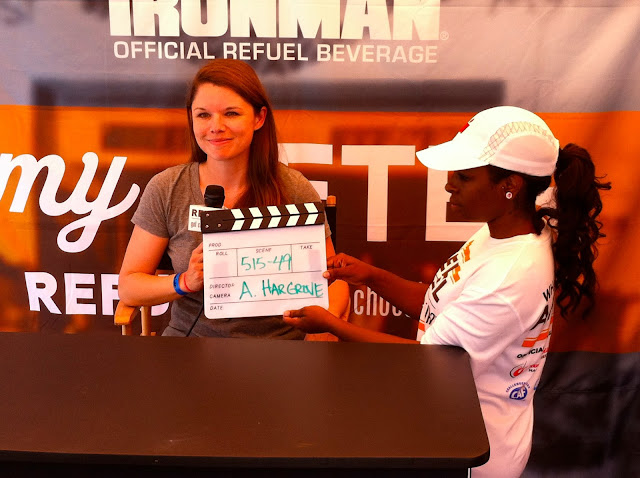 I don't know anyone who loves milk quite as much as That Pink Girl. It's impressive, really. In particular, she's all about chocolate milk as a recovery drink. Annnnnd, she's now in the running for a spot on Got Chocolate Milk's Team Refuel — a legit sponsorship! The top two vote recipients will earn a spot on the team. Sooooooo, VOTE daily for TPG and let's make this happen! Bonus: For every vote, $1 will go to the Challenged Athletes Foundation. 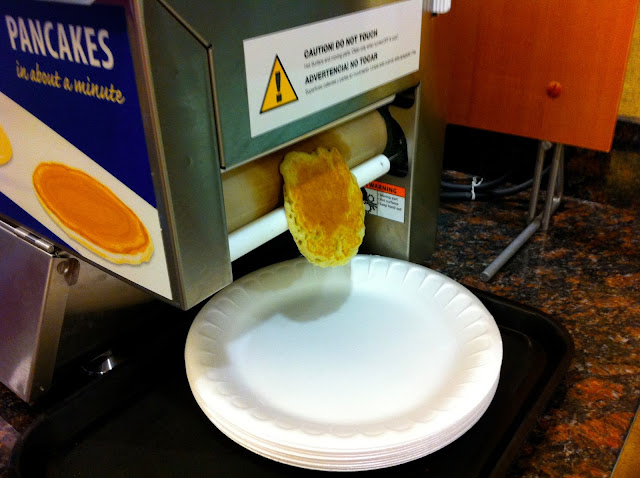 The morning after 24 Hours in the Canyon, I wasn't incredibly hungry at breakfast. The night before's dinner — pizza at Eddie's Napolis (yes, it's the same Napolis that has two restaurants in Garland) — filled me up. But I had room for breakfast and was fascinated with this gadget. It's practically a laminating machine that produces pancakes. Has anyone else tried an instant pancake from a hotel breakfast buffet? Not the best pancake, not the worst pancake. Syrup can solve any breakfast food's shortcomings. 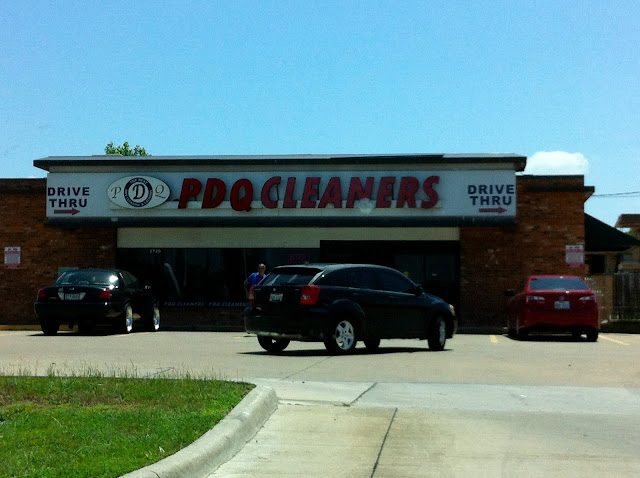 Things That Used to Be: I can't explain my fascination with stores/restaurants/churches/whatnot that move into buildings that have the hallmarks of a Burger King, Blockbuster or other failed franchise. What we have here is PDQ Cleaners inside the shell of 7-Eleven. This is pretty generic, and not that interesting. I'll keep my eyes peeled for TTUB examples to share that are more unique. 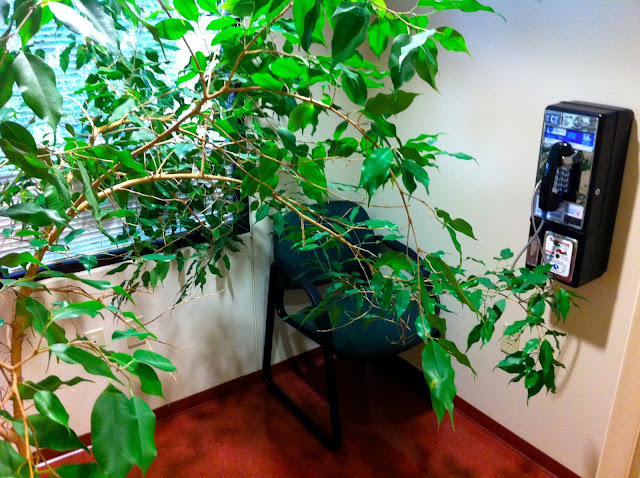 Some people shouldn't be allowed to decorate. 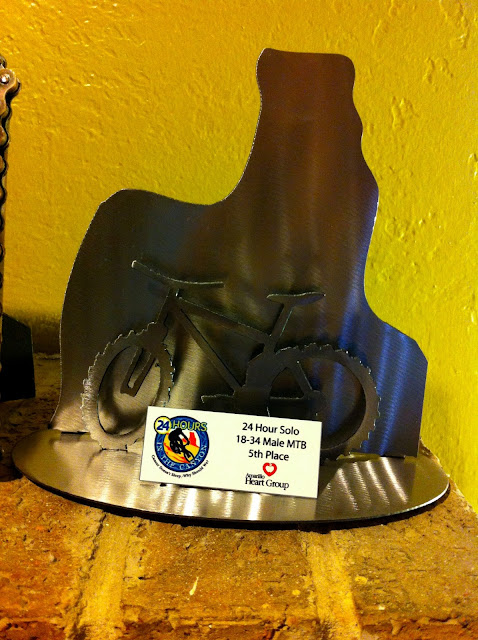 The races in the Texas Ultra Cup Series are outstanding — great challenges and well-organized. The icing on the cake are the trophies. Kudos to 24:00 organizer Ryan Parnell for mailing the trophies to everyone. The next race is a first-timer — the Tonkawa Ultra Cup. It's a 12-hour and 6-hour race July 13 in McGregor, just outside of Waco. I won't be there, nor will I race the 2013 Texas Time Trials on Sept. 19-21 in Glen Rose. But I can't over-endorse Ultra Cup races. They're outstanding. Getya some!
Posted by Robert Tracy at 12:00 AM